Having a fire extinguisher in the home might sound a bit over the top. On the other hand the truth is that they are easy to use and not nearly as expensive as you might think!

How much does a cheap Fire Extinguisher cost?

The average cost for a cheap Fire Extinguisher is £48. You are likely to spend between £17 and £80 total.
Exact price may vary depending on your area and project details.

How much does a cheap Fire Extinguisher cost?

Get Free Quotes
The average cost for a cheap Fire Extinguisher is £48. You are likely to spend between £17 and £80 total. Exact price may vary depending on your area and project details. 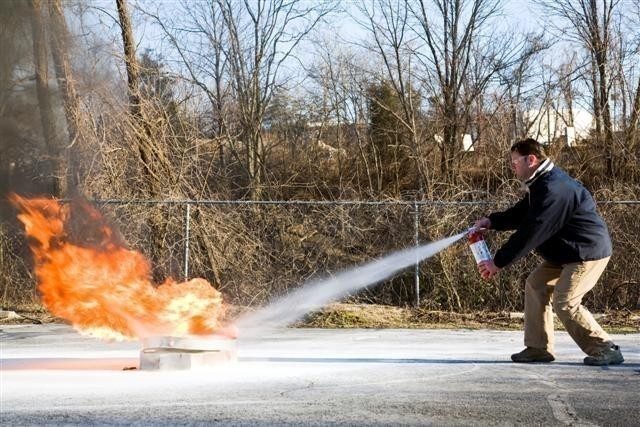 Obviously you don’t want to constantly be on the worry about a potential fire starting in your home, but the fact of the matter is that there’s nothing wrong with being as prepared as you can possibly be – and owning (as well as knowing how to use) a fire extinguisher is no longer the far-fetched preventative measure it once was. More and more home-owners are on the look-out for cheap fire extinguishers that, while not to professional standards, might nevertheless help keep the flames under control, at least until the fire service arrives on site to look over things properly.

Of course, it’s a good idea to know how to work a fire extinguisher before you go out and buy one. In the United Kingdom, fire extinguishers are classed according to British Standards: EN3 guidelines, where the type of fire extinguisher (and the flame-abating gas or liquid it contains) are directly linked to the particular kind of fire you’re trying to put out. To clarify, domestic fires are split in the following categories:

Generally, fire extinguishers are only labelled whether they are useful in putting out class A, B or C fires, as class D and F fires rarely occur on domestic properties. Nevertheless, it’s important to keep an eye out on what kinds of fire your chosen extinguishers covers – otherwise you could easily make the situation worse in your attempt to control the situation.

To help give you an idea of the different types of cheap fire extinguishers for sale, we’ve put together the following table, which lists various fire extinguisher prices depending on the make and model and the chosen company or retailer.

Obviously these prices are just basic figures pulled from various websites, and for the most accurate information about fire extinguisher costs you should call-up several fire extinguisher services about the latest quotes, discounts and offers that they are currently advertising. Of course, you might always want more than one fire extinguisher too, so if you plan on being extra safety conscious be prepared to pay more than these singles fees listed. It may sound like an extravagant purchase, but a fire extinguisher offers security for your property as well as a bit of extra day-to-day peace of mind.