Roofer sentenced for balancing on scaffolding 90ft in the air

Editor
Admin
posted on 3 years ago
—
updated on 2 years ago
14,961
views
News
This is the incredible moment a worker balanced nearly 90 feet in the air on scaffolding in a ‘breathtakingly stupid’ act. 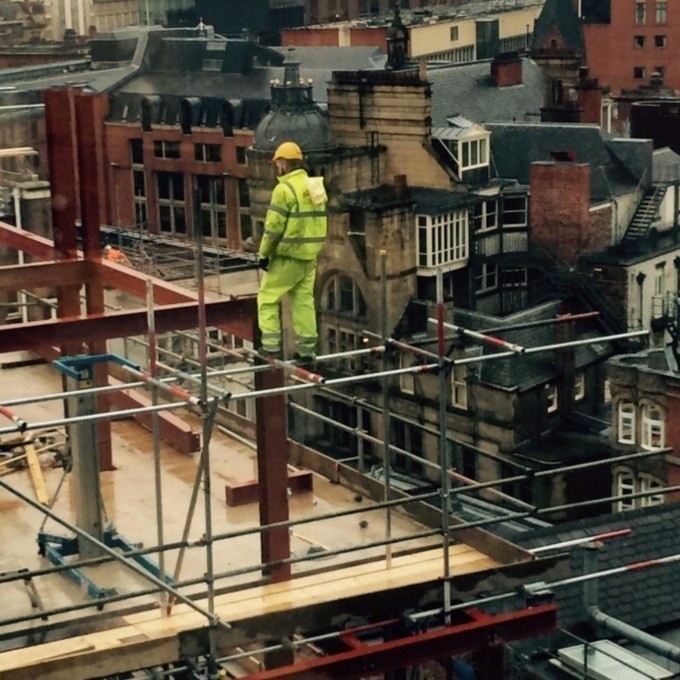 David Mulholland, 25, was working to hammer steel beams into position at the King Street townhouse which has now opened as a hotel. The worker balanced nearly 90 feet in the air on scaffolding.

Manchester Magistrates’ Court heard that on a rainy January day he was photographed by horrified office workers who took the picture from their window. The office worker then dobbed him in and they quickly contacted the Health and Safety Executive (HSE).

Investigators from the HSE visited the site in King Street and questioned Mulholland, who admitted that he had climbed up to complete the job.

Mulholland was sentenced to 6 months in prison but this was suspended for 18 months and he was also fined £1,400.

Addressing Mulholland at the hearing earlier this week, district judge Nicholas Sanders said: “What you were doing was breathtakingly stupid.

“It defies description that you should be doing what you were doing without any protective measures. You chose to turn a blind eye to the fairly obvious risks that existed.

“The only person who was really put at risk in this case was you.”

What do you think?