Here’s a question for you: what happens when you do something stupid on the job?

The answer, naturally, is that your mates rip into you!

This also applies to working online. Twitter page Cheshire West, the customer service page for Cheshire West and Chester’s council, learned this the hard way after posting this absolute gem:

Highway Networks Steward Darren is pictured measuring the depth of a pothole. Unfortunately, there appears to be a slight problem, as commenters quickly pointed out.

Alistair Carruthers said: “He’s not even measuring from the road level, his plank isn’t long enough because the pot is so big.”

So, did Cheshire West acknowledge the mistake and join in on the laughs? Is the Pope a Wookie?

The page responded: “Hi, it might not be clear from the photo but the spirit level is resting on the road surface, this was amongst a chain of shallow defects all less than 50mm.” 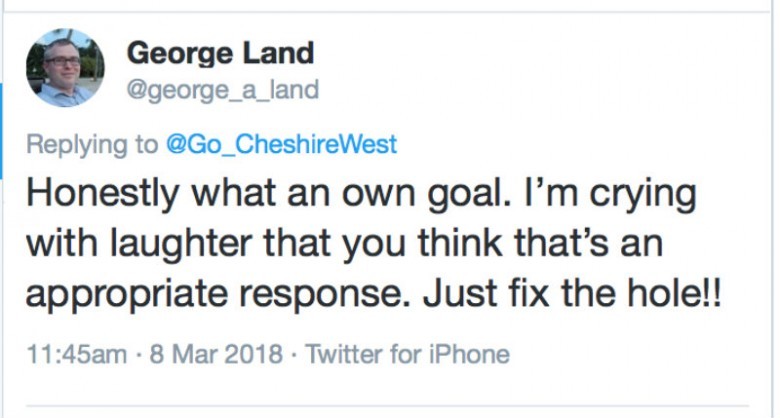 Commenters quickly turned the unfortunate Darren into a meme: 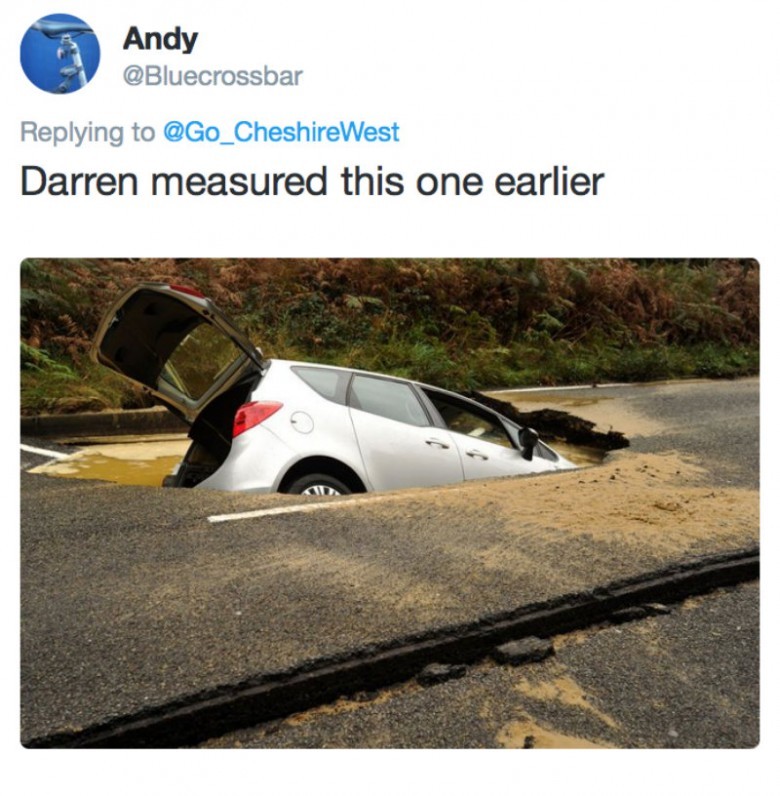 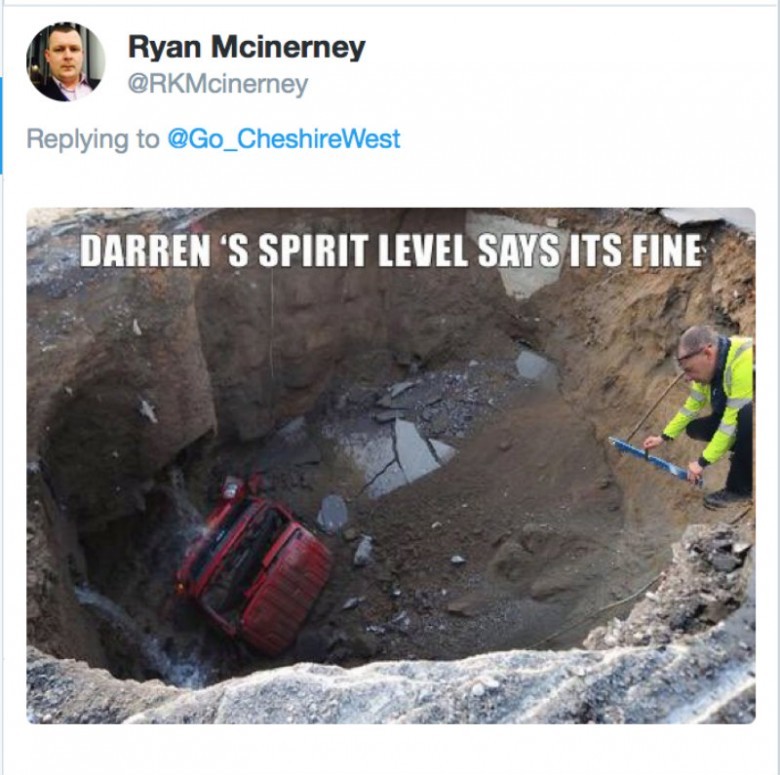 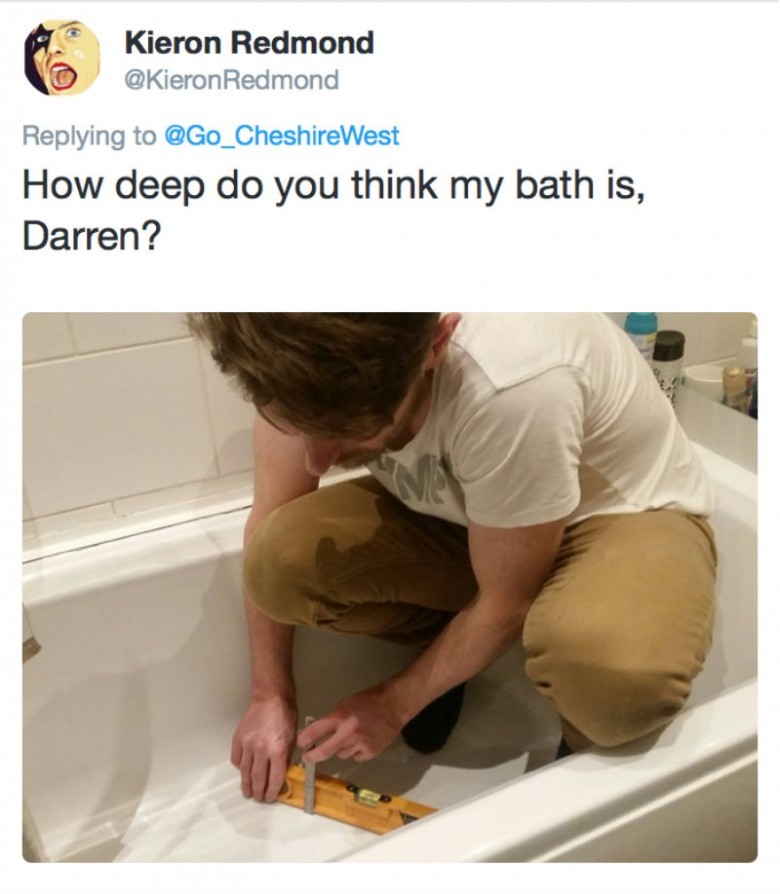 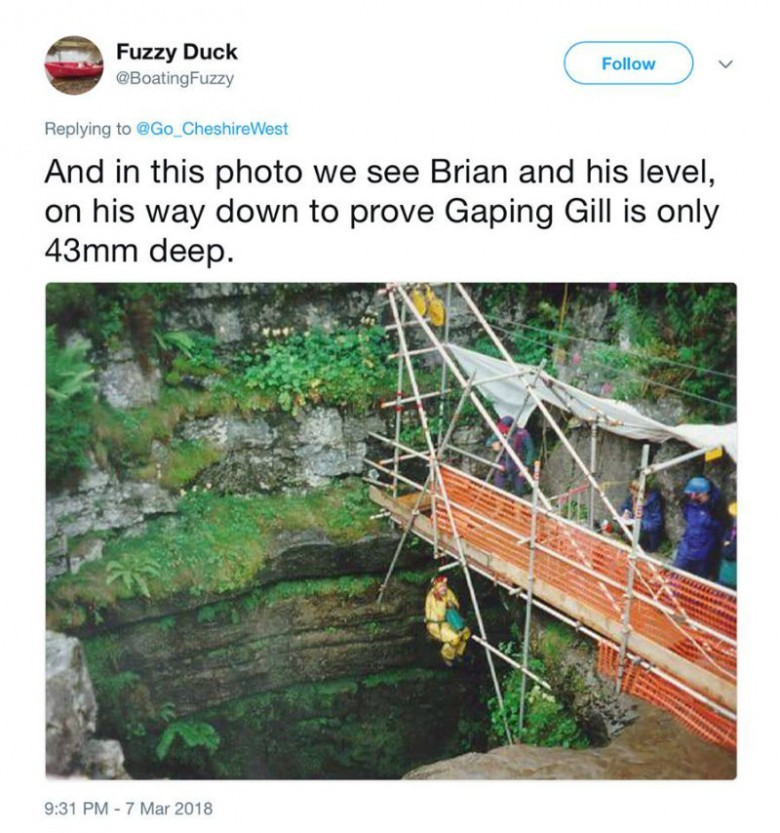 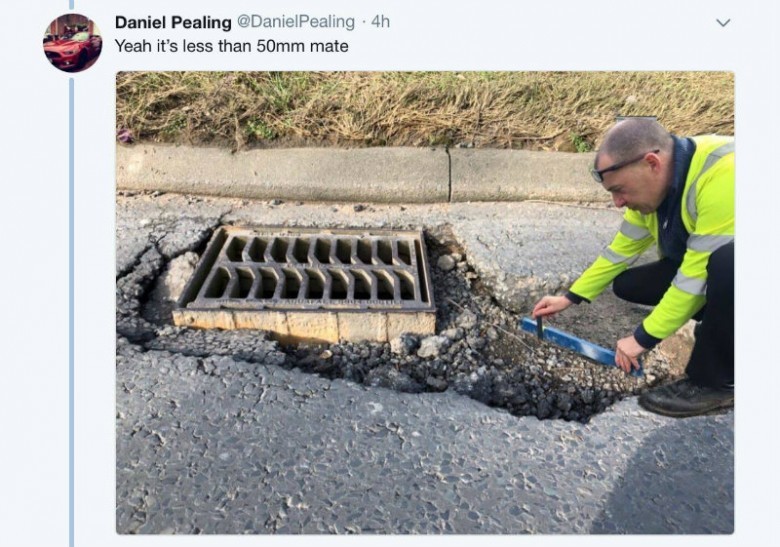 The post has now been taken down, though several others showing Darren and his colleagues on the job can still be found on the page.

Just be careful the next time you are driving in Cheshire!